Directed and designed by Dave McKean and written by Neil Gaiman.  70 minutes of CGI and 20 minutes of live action.

In May 2003, MirrorMask was given the go ahead.  Max McMullin was asked to assemble an animation  crew, machinery, software and studio space and then complete 80 minutes of HDTV resolution (1920x1440 pixels) 3d CGI and FX plus 20 minutes of live action, on a budget of $4 million (over half of which was allocated to the live action element).

Some people raised an eyebrow at the magnitude of the task, but McKean and McMullin knew from their previous collaborations it could be done, and within two months a team of 15 3d animators (7 of whom had just left college and had no previous industry experience) were busily working away.

On completion, The Jim Henson Company and Sony were so delighted with the result they upgraded the film from a DVD  to a theatrical release.  On the 29th of September 2005, after months of intense work, MirrorMask opened across the USA playing in Landmark Theatres. 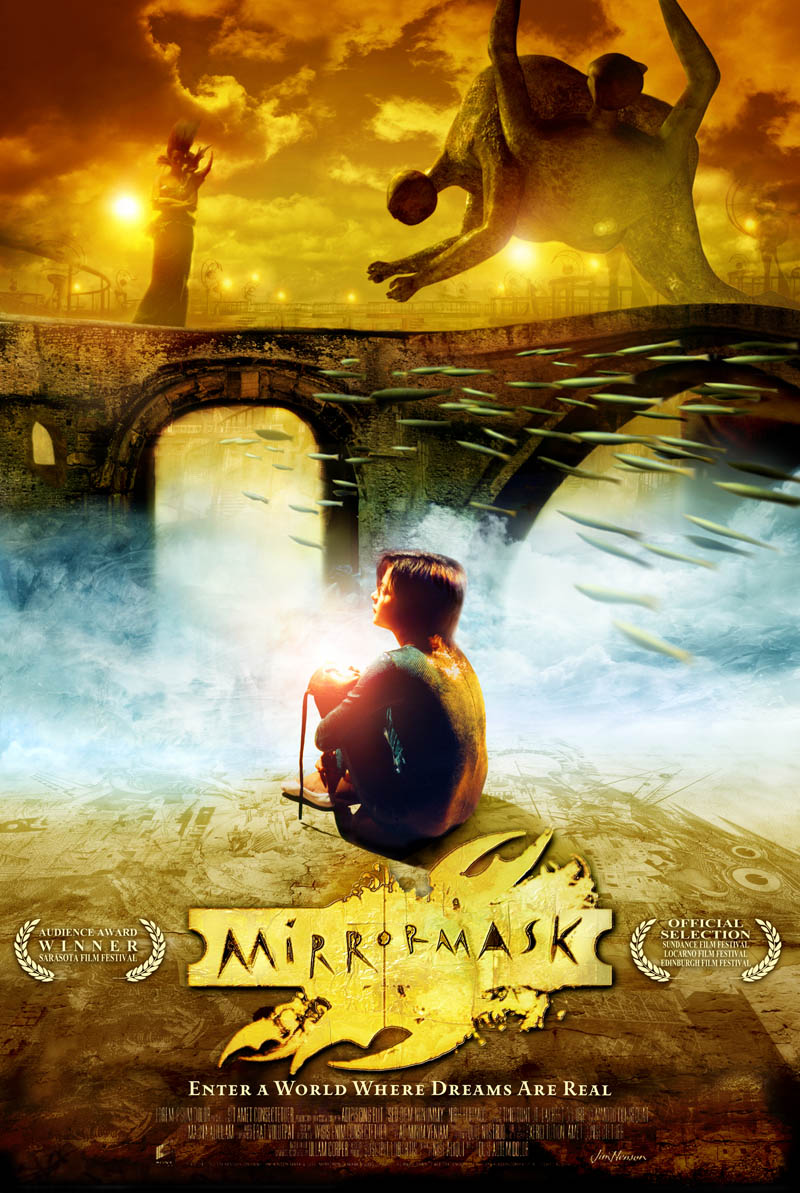 Back to: Home  Film & Broadcast